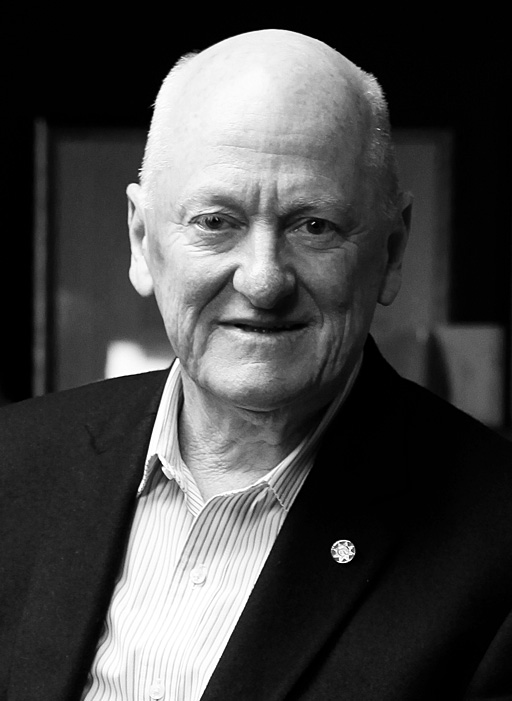 Glidepath founder Sir Ken Stevens has been named this year's Flying Kiwi, in recognition of a lifetime of achievement in export, business and engineering.

"We're familiar with the stories of our Flying Kiwis, said NZ Hi-Tech Trust chairman, Wayne Norrie, speaking at the event. "They are people who have quietly achieved greatness, yet outside of this industry, very few people really know what they've done. They are mostly humble. They won't tell you they changed the country. But we think their stories should be told."

Sir Ken founded Glidepath as a young engineer with a passion for product design in 1972. The Auckland-based company now sells 95% of what it manufactures, into 64 countries.

Sir Ken is still managing director and chairman of Glidepath, which employs 176 people and has operations in Latin America, South Africa, Australia, India and the USA and sales offices in China, Canada and Chile. Its systems are used in every New Zealand airport and more than 80% of Australian airports. It has installations in 156 airports in the US, including Dallas Fort Worth, in Texas, and American Airlines terminal at JFK Airport.

Wayne Norrie said Sir Ken has forged a very successful business against all the odds. "Through sheer determination he has succeeded in a difficult international market and through some trying times, overcoming many challenges to build one of New Zealand's most successful export businesses."

Over the past 40 years, Sir Ken has travelled more than 5 million kilometres, visiting overseas operations and taking trade missions into New Zealand export markets. He was awarded Business Champion - Export Year 2007, and in 2009 he was made Knight Companion of the New Zealand Order of Merit For Services to Exporting.

The Flying Kiwi award recognises not just Sir Ken's achievements, but the crucial role he has played in mentoring other New Zealand exporters and promoting the country's trading future. He continues to focus on this role today as a Board Member and Trustee of the Asia-New Zealand Foundation and as Chairman of Export New Zealand.

Sir Ken has also devoted himself to educating school students and teachers on career paths into business and exporting, setting a whole new generation of aspiring exporters on the path to success.

About the NZ Hi-Tech Trust

Established in 2009, The New Zealand Hi-Tech Trust is a not-for-profit, voluntary organisation. It is responsible for running the NZ Hi-Tech Awards programme, including the Tait Radio Communications Flying Kiwi Awards and for conducting other programmes of work for the benefit of the industry.

The current Trustees are:

Tait Communications is a global leader in designing, delivering and managing critical communications solutions that help utilities and public safety organizations to keep the lights on and communities safe.

Radio communications is at the heart of our business. We provide world-class turnkey solutions for challenging environments from the Gobi Desert to South American jungles, from highly populated cities to vast rural communities.

Every day, in over 150 countries and supported by an extensive network of global facilities, thousands of customers benefit from the Tait way of working: commitment to listen, courage to act and integrity to deliver what's promised.