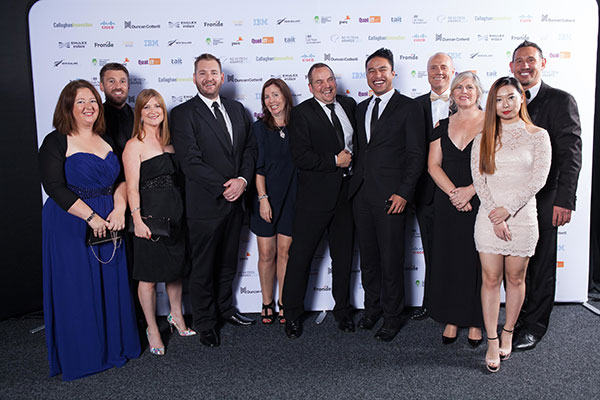 The High Tech Association (HTA) has announced that Wayne Norrie of Revera has accepted the role of chairman of the Wellington-based organising committee for this year's PricewaterhouseCoopers New Zealand Hi-Tech Awards. Wayne's appointment follows the resignation of long-term HTA member Selwyn Feary.

Selwyn, who is chairman of Shift, has numerous business interests and has been a supporter of the Awards over many years. While setting in place the foundations for an exciting Awards evening, his family and increasing international business commitments has meant he cannot continue in the chairman's role.

Wayne Norrie describes himself as the chief enthusiasm officer and minister of culture for his company Revera. He is well known on the keynote speaker circuit for his take on organisational culture and its correlation with a company's financial performance.

Wayne is passionate about New Zealand achieving its true potential by making size its advantage, and promoting culture to assist companies to work together in an SME environment for mutual success. Key to this is to acknowledge and celebrate industry successes, and learn from those who have succeeded.

He says the PricewaterhouseCoopers New Zealand Hi-Tech Awards are the highlight of the industry's year and believes it is important for the industry to come together and acknowledge the incredible efforts of many companies and individuals.

"Even the process of entering awards can help teams pull together and that adds to staff morale: entering a couple of categories can show you believe in what they are doing. It also demonstrates to clients, supporters and shareholders that as a company or an individual you are aiming high."

Wayne is a member of the Institute of Directors, a Fellow of the New Zealand Institute of Management, serves on the NZTE Beachhead Advisory Board, and also the Hi Growth Board which is tasked with implementing the Government ICT taskforce recommendations.

There are 12 category awards plus the ultimate prize, the PricewaterhouseCoopers Supreme Award with entries closing on Friday 21 September.

Categories for this year's awards are:

Finalists will be announced in early October and the winners at the Awards dinner, held at the Wellington Town Hall on Saturday 3 November with political commentator, writer and cartoonist Tom Scott as master of ceremonies. Tickets are available on the website www.hitech.org.nz.