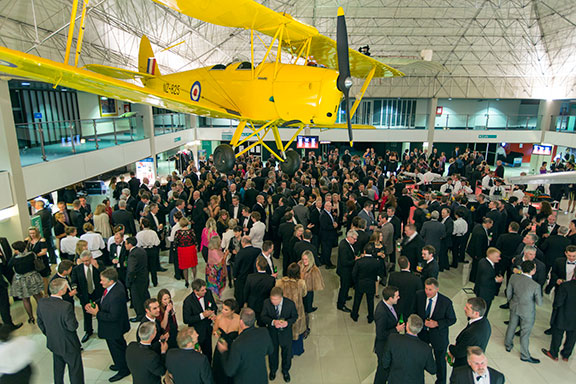 At least three more NZX Flying Kiwis will join the ranks of seven previous winners in the PwC NZ Hi-Tech Hall of Fame in November. The NZX Flying Kiwi Awards recognize enduring excellence and leadership in our software, electronics, telecommunications, biotech and creative technology industries with this year’s entrants being identified by over 100 of their peers and industry commentators.

“The NZX Flying Kiwi Awards recognise curiosity, bravery and innovation - all qualities we value in our business. The achievements of those who receive the award gain them appropriate entry to the Hi-Tech Hall of Fame,” says NZX CEO, Mark Weldon. “New Zealand needs more of these people, prepared to back themselves and take smart risks. This ultimately contributes positively to our economy.”

The new NZX Flying Kiwi event will circulate annually between Auckland, Wellington and Christchurch and remain an integral part of the overall PwC Hi-Tech Awards programme. It will also have its own online presence at http://www.flyingkiwi.org.nz from November and include material suitable for use in student projects.”

“The stories of those within the PwC Hi-Tech Hall of Fame are amazing,” says Scott Kerse a partner with PricewatershouseCoopers, the principal awards sponsor. “From Sir Angus Tait who received the first award through to last year’s recipients Trevor Eagle and Bill Gallagher, these are the stories of innovation, perseverance and leadership that should be inspiring our next generation of business leaders.”

According to NZ Hi-Tech Association Chair, Wayne Norrie, despite making a considerably greater contribution to the New Zealand economy than fashion, wine or the film industry, the hi-tech sectors continue to go relatively unrecognized. “Its heroes should be household names and formally establishing a Hall of Fame is a very real way of achieving that,” he says.

This year’s NZX Flying Kiwi recipients will be named on the 20th of November at a celebration breakfast at the Floating Pavillion in Auckland.

They Flying Kiwi Awards were launched in 2003. The award recognizes: “individuals that have made an outstanding contribution to NZ’s hi-tech industries. These are truly inspirational leaders that have shown the way for others to follow. The award may be post -humus.” Nominations are requested annually from the industry by the NZ Hi-Tech Association, whose executive makes the final decision on annual recipients from the short listed nominees. Recipients of the NZX Flying Kiwi Award automatically join the ranks of the PwC NZ Hi-Tech Hall of Fame.