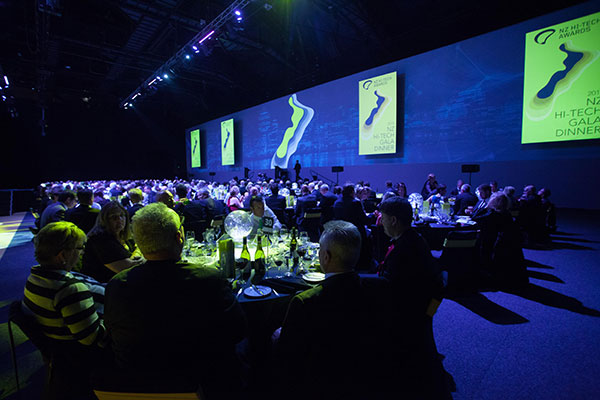 Wayne Norrie, Chairman of the Hi-Tech Trust believes this is the best line up of international judges ever assembled to evaluate and judge the entries.

“Any business awards, domestic or international, would be lucky to have such a line up of global stars. We are delighted to have James, Pascal, Linda, Rohit, Savannah, and Catherine join our existing panel of international judges. These world class business leaders are busy people and it’s very encouraging that they are giving their own time to judge the Hi-Tech Awards. Their interest in New Zealand, our tech sector and the Awards is just amazing and a great reflection of the achievements of our tech companies on the global stage,” says Norrie.

Norrie says the fact that the Hi-Tech Awards can secure judges of this calibre is testimony to the increasing recognition of the NZ Hi-Tech Awards both domestically and internationally.

“As an industry we truly play on the global stage and contribute significantly to the New Zealand economy. The Hi-Tech Awards present a great opportunity for New Zealand technology companies to gain recognition for their achievements and to get their company in front of a truly world class group of business leaders,” says Norrie.

The international judges will be joined by a world class line up of over 40 NZ based local judges in judging the 13 categories.

Note: Entries for the 2016 NZ Hi-Tech Awards close on Monday, 7th March and should be submitted online at www.hitech.org.nz

Biographies of the international judges

Claudia Batten has spent over fifteen years in the technology sector as a founder, advisor, mentor, board member and enthusiast. Batten was part of the founding team of Massive (sold to Microsoft in 2006), a first-of-its-kind network for advertising in video games. In 2009, Batten co-founded Victors & Spoils, one of the first advertising agencies built on the principles of crowdsourcing. Batten is Executive Chairperson of Star86.com and a co-founder of Broadli.com, companies that are at the forefront of looking for new ways to use digital tools. Batten is a regular speaker on digital innovation, digital media and building businesses of the future.

Michael Boustridge is the president, CEO and board member of global technology consulting company Ciber. Boustridge originally began his technology career in New Zealand, where he worked for Hitachi and IBM, before heading overseas to gain international experience. His roles have included CEO of Contact Solutions; president of BT Global Services, (where his team served the needs of some 7,000 clients in more than 170 countries worldwide) and vice president of sales and chief marketing officer at Electronic Data Systems. Boustridge also serves on the boards of a number of technology companies.

James Caan, one of the stars of the popular BBC TV show Dragon’s Den from 2007 to 2010, was recently recognised in the 2015 New Year’s Honours list, being awarded a Commander of the Order of the British Empire (CBE) for services to entrepreneurship and charitable services through the James Caan Foundation. Caan is the founder and CEO of Hamilton Bradshaw, which specialises in buyouts, venture capital and turnarounds in the UK. Caan began his career in recruitment in the mid 1980s, and was a founder of Alexander Mann, a UK recruitment business which he successfully grew to £130m turnover. During the same period, he launched Humana International, a franchise operation that expanded to 147 offices in 30 countries. Caan subsequently sold both businesses in 1999.

Katherine Corich is the founder of Sysdoc, a global services company that works with clients to deliver genuine transformational change. Corich set up Sysdoc in 1986 and the company now has offices in Europe, Asia and the Americas, with clients that range from McLaren Automotive to large corporations and government departments. Corich also leads Sysdoc’s performance-based philanthropy, offering expertise, time and seed funding, to deliver projects “where we can make a significant and sustainable difference around the world.” Corich has received several awards including 2015 UK New Zealander of the Year.

Pascal Finette heads up Entrepreneurship at Singularity University where he inspires, educates and empowers entrepreneurs. FInette has spent his career pushing the boundaries of technology – he started on the Net before there was a web browser – ran eBay’s Platform Solutions Group in Europe, launched a consulting firm for entrepreneurs, invested into early-stage tech start-ups, led Mozilla’s Innovation Lab, created Mozilla’s accelerator program WebFWD, headed up Mozilla’s Office of the Chair and has invested into social impact organisations around the globe at Google.org. Finette has also founded several non-profit organisations and publishes the opinionated newsletter, The Heretic, which is read by ten-of-thousands of entrepreneurs around the globe.

Linda Jenkinson has founded two multi-million companies and has over 25 years executive management and governance experience. Jenkinson is one of the most influential women in the San Francisco Bay area and has received several awards, including The Sir Geoffrey Peren Award. Jenkinson has served on for-profit and non-profit boards including a five-year stint as chair of the San Francisco Bay Area Red Cross annual fundraiser gala. Jenkinson is also the founder and Managing Director of WOW Investments, a model social investment fund focused on building women-led, small-to-medium enterprises in West Africa.

Pat Kenealy is the managing director of IDG Ventures San Francisco. Pat founded IDG's Digital News Publishing subsidiary, Publisher and served as its CEO and CEO of its PC World Communications subsidiary, and finally CEO of IDG itself overseeing media, market research, and event businesses in more than 50 countries. Kenealy founded IDG Ventures in San Francisco, IDG Ventures Atlantic in Boston and IDG Ventures Europe in London and has invested in more than a dozen early-stage information technology and new media investments. Kenealy has held several board and observer seats. Prior to IDG, Pat held a number of publishing and editorial management positions.

Richard Keyse is a business transformation professional with an enviable range of blue chip clients. Keyse has many years of experience working with CxO level executives on a number of corporately strategic initiatives including mergers/demergers, company procurements, global change programmes, systems implementations, BPR programmes, operational reviews, introduction of new products, outsourcing arrangements and reorganisations. The scale of programmes is typically multi-million pound investments and involve managing large, multi-disciplined project teams located across multiple geographies. Keyse is a board member of NZTE’s European Beachheads Advisory Board and is the owner and founder of UKNZ Associates. Keyse has previously held directorships in companies across a range of sectors including tourism, health informatics, software and recruitment.

Singapore-based Nick Lambert is the former Executive Director of global industries for Telstra, where he was responsible for leading the expansion of the Australian telecommunications industry verticals including financial services, mining, utilities, manufacturing, public sector, retail and services across the region. Previously, Lambert was executive vice president of Vodafone Global Enterprise and prior to that, he spent six years at Cable & Wireless Worldwide where his roles included director of all global operating companies and member of the executive board. In this role, he managed a team of more than 1300 employees across all regions outside of the UK. Earlier in his career, Lambert worked for several years at IBM New Zealand.

Catherine Mohr is a surgical robotics technologist and Director of Medical Research for Intuitive Surgical based in San Francisco. She began her career as an engineer, receiving her Bachelors and Masters of Science in mechanical engineering at MIT. Following her studies, Mohr worked at AeroVironment to develop alternative-energy vehicles and high-altitude aircraft. Mohr returned to study nine years later at Stanford University School of Medicine. In addition to her work at Intuitive Surgical, she has served as a scientific advisor for several start-up companies in Silicon Valley and government programs in New Zealand. Mohr has over a dozen patents to her name, is the author of numerous scientific publications, and has TED talks that have been viewed over one million times. Mohr was announced as the New Zealand Hi-Tech Awards Flying Kiwi in 2014.

Savannah Peterson is the Director of Innovation Strategy at Speck Design, where she helps companies and entrepreneurs alike develop ingenious new products. Prior to joining Speck Design, Peterson was the Director of Global Community at Shapeways, the world's largest 3D Printing community. Peterson has also worked at Fox Sports Northwest, the Centre for Communication and Civic Engagement at the University of Washington, and founded her own social media marketing agency, Savvy Marketing Seattle. She travels the world as a public speaker, most recently at SXSW, Silicon Beach Festival, and Gasparilla Interactive. Peterson teaches digital marketing and crowdfunding at Stanford, NYU, PACE, and SUNY Oswego and has been featured by the BBC, NBC, The Wall Street Journal, Gizmodo, CNET and The Verge.

Rohit Shukla cares deeply about entrepreneurs. Shukla speaks around the world on innovation and commercialisation related always to the various stages of development. Shukla founded Larta Institute in 1993 and incorporated it as an independent non-profit organization in 1997. It is a mission-based organisation, focused on the transformation of ideas into enterprises working to feed, fuel and heal the world. The Larta Institute works with a world-class network of experts, buyers, investors and public and private organisations to stimulate innovation through its focus on adoption and commercialisation of great ideas.