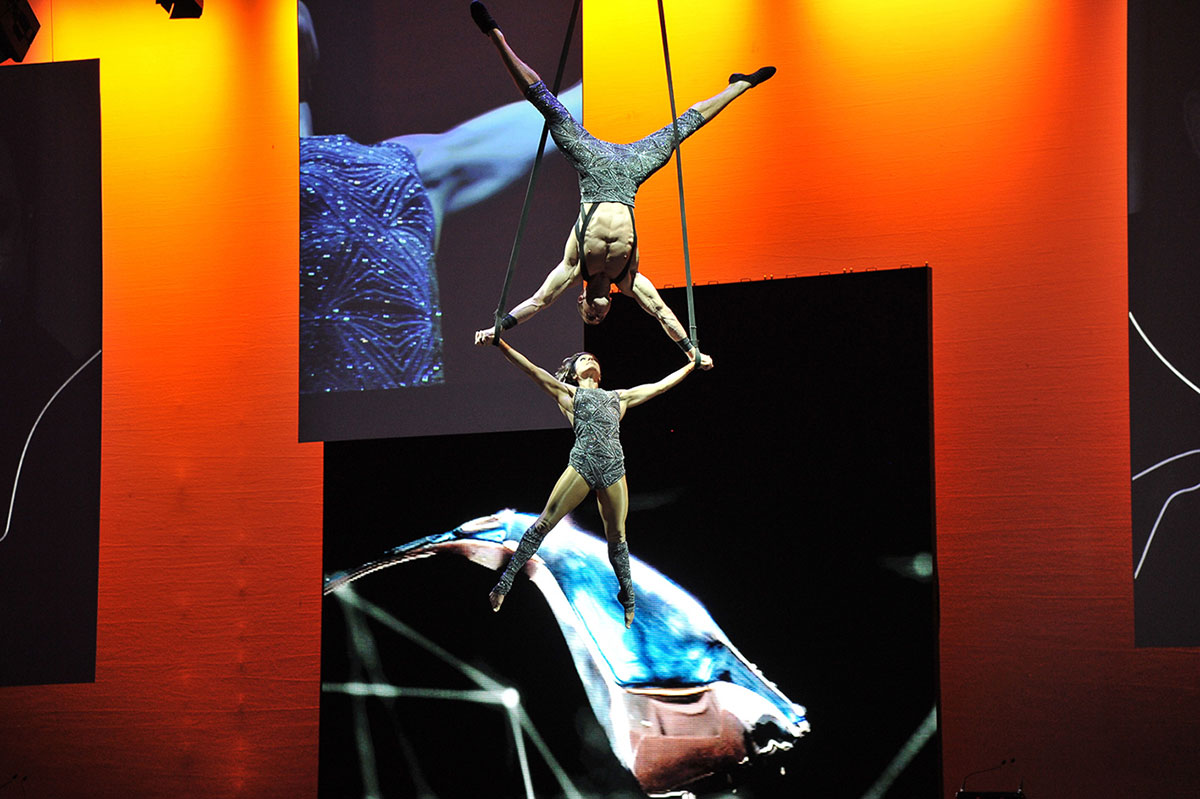 The 32 finalists in the PricewaterhouseCoopers New Zealand Hi-Tech Awards 2007 were announced tonight at a finalists event in Wellington.

Inaugurated 14 years ago, the Hi-Tech Awards are recognised as one of the most prestigious accolades for the New Zealand hi-tech sector.  Today many of our leading entrepreneurs, deal makers and innovators come from dynamic and growing technology companies.

In announcing the finalists Wayne Norrie, chairman of the organising committee, said the judges had to select from some stunning entries that show an increasing depth and cover an amazing breadth of business, with the Enatel Innovation Award being the category most keenly contested.

“In these awards being a finalist indicates you have entered the realms of our most exciting and successful technology companies, and gaining entry to the list of individual finalists means you have been recognised as one of New Zealand’s current or future business leaders or as a professional of excellence in your field,” Norrie said.

Owen Gibson, a partner in the PricewaterhouseCoopers Emerging Businesses practice, said the hi-tech industry was one of the most fast-paced and challenging areas of business in New Zealand.

“The companies and people who have been selected as finalists in the Hi-Tech Awards should be very proud that they have been recognised as some of the most dynamic and innovative organisations and individuals that this country has to offer – congratulations to them all,” he said.

Local and international judges are now working on deciding the winners from the impressive finalists, and winners will be announced on 3 November at the gala event in Wellington’s Town Hall.

It will be a night to mingle with the winners past and present so don’t miss out. Tickets to the 2007 PricewaterhouseCoopers New Zealand Hi-Tech Awards Gala Dinner on 3 November 2007 can be booked online at: www.hitech.org.nz

Chris joined Intergen in February 2007, when Intergen acquired his .NET consultancy, Kognition.  He has over 10 years’ experience in architecting large scale enterprise systems and mobile applications for a broad variety of vertical sectors, from healthcare to manufacturing. He is a Microsoft Regional Director and works closely with their various product teams.  He also acts in an advisory capacity for Microsoft, and speaks regularly at industry events around the world.  Chris is based in Auckland.

Peter entered Otago University at age 16 and graduated with a BSc (Hons) in microbiology in 2000.  He began working in the IT industry in 2001, and while working as a contractor for the IT department of the Otago District Health Board in 2004 he jointly founded Umbrella Media, an after-hours web development studio.  In early 2006 he then founded his current project, Vouchermate, an online coupon book company.  Peter is based in Dunedin.

Concentrate specialise in enabling New Zealand technology companies reach their potential by successfully marketing their products.  In early 2007, Christchurch-based Concentrate implemented a 12-month marketing campaign for GlobalBake, a system that helps baking companies manage all aspects of their business, on behalf of a private software developing company.  In the past six months the client has increased its sales channel from one part-time sales agent to four active distributors and 70 companies in its target market pipeline.  Sales are accelerating with four new sales over six months compared with seven sales over the past five years.

Xero is an online accounting system designed for small businesses and their advisors.  Based in Wellington, it was founded in July 2006 by successful technology entrepreneur Rod Drury and small business accountant Hamish Edwards, and launched on the New Zealand Stock Exchange in June this year.  In February 2007 Xero implemented a marketing and PR campaign leading up to the release of their share offer document in May.  The campaign aimed to build a wide and credible profile of the company’s founders and staff, educate and build relationships with key media and promote the offer by carefully managing interviews and coverage, and succeeded by achieving a $15 million fully subscribed share offer.

Concentrate is a marketing consultancy that is focused on the hi-tech sector. It has completed marketing projects for over 40 hi-tech New Zealand companies spanning the software, electronics and specialised manufacturing sectors over the past year. Concentrate has built, tested and deployed a go-to-market process for technology companies in order to address the shortage of strategic technology marketing capabilities available in New Zealand. The company’s projects range from strategic marketing advice to boards through to full-market planning and implementation as an outsourced marketing department for clients.  Concentrate are based in Christchurch.

Connect NZ is a not-for-profit advisory network for the technology sector focused on helping early-stage technology companies address the range of strategic issues and challenges they face – whether that be identifying their proposition and business model, their market and channel strategies, governance, or raising capital.  Connect NZ services a wide range of technology-based sectors including biotechnology, ICT, electronics and robotics.  Connect NZ have offices in Auckland, Wellington and Christchurch.

Andrew Simmonds is a leading corporate & commercial lawyer who has made a significant contribution to the Wellington technology sector since returning from London in 1998.  Andrew started his own firm in mid 2006, Simmonds Stewart, and has quickly accumulated over 40 technology clients from start ups to established corporates.  Andrew represented the Trade Me shareholders on the sale to Fairfax, the Crown on its financial support of Right Hemisphere, is on the establishment board for Angel HQ Wellington and is involved in a number of other significant technology sector initiatives.

Anthony has been writing about technology for more than 15 years.  He is a past editor of Computerworld, a weekly newspaper for people who work in the ICT industry.  As a freelancer based in Auckland, he writes a weekly technology column for The Business, a magazine that comes out with the New Zealand Herald.  He has been a regular contributor of feature articles to Topics, the bi-monthly magazine published by the Telecommunications Users Association, and produces commissioned articles for a variety of non-technical publications, as well as writing an online newsletter for the IT services department of AUT University.

Divina Paredes has been covering the ICT sector since November 2000.  As the editor of CIO magazine based in Auckland, her distinctive articles focus on the management challenges IT executives face.  Meticulously researched, Divina’s interviews provide insights from New Zealand and offshore IT directors, analyst firms and management experts.  She was the winner of the inaugural Fronde Journalist Award in 2006.

Tom has over 17 years experience writing about the technology sector.  After graduating from Oxford in 1988 Tom was a technology journalist in Europe and the Australia for many years.  He is the editor of NZ InfoTech, the weekly technology supplement in the Dominion Post, and has written more than 600 stories on the technology sector over the past year.  Tom is based in Wellington.

Rod Drury is founder and chief executive of Xero, a Software as a Service (SaaS) online accounting solution for small businesses, based in Wellington. Xero listed on the New Zealand Stock Exchange in June 2007 after raising $15 million in a fully subscribed share offer.  Prior to this Rod was founder and chief executive of AfterMail which was acquired by Quest Software in January 2006 and subsequently won Best Exchange Product at TechEd 2006 in Boston.  He was the winner of the NZX Hi-Tech Entrepreneur Award in 2006.

Stuart Wilson has been involved with founding several highly successful internet and communications companies, beginning with NetLink, New Zealand’s first Internet Service Provider, while studying organic chemistry at Victoria University. Stuart founded Modica Group in 2001, comprising Breathe Communications, OneSquared.Net, Sonic Mobile and TouchCast/Next. Breathe Communications was ranked 18th in the Deloitte/Unlimited Fast50 for 2006. Stuart was listed by PC World (June, 2005) as one of the top twenty internet entrepreneurs in New Zealand. He is a member of the Small Business Advisory Group for Government, and is based in Auckland.

SMX provides highly flexible, effective email services to the international business market.  Launched in Auckland in February 2006, SMX’s SecureMX Mail Scrubbing, Mail Hosting and Virtual Hosting products are designed to keep email secure and spam and virus free.   SMX uphold a commitment to exceptional standards and easy operation so customers can be sure their business receives a top quality solution that is simple to implement and maintain.

Bill Gallagher has been chief executive of Gallagher Group since 1975 and chairman of the board since 1985.  Bill has helped transform Gallagher Group into a multi-national manufacturing and marketing company, specialising in animal control and agricultural fencing systems, integrated security systems and specialised plastic products, with a long-term commitment to its partners in more than 100 countries across the globe.  Since being appointed Bill has expanded annual sales from $0.19 million to approx $150 million.  Gallagher Group global headquarters are based in Hamilton.

Richard was appointed chief executive of HumanWare in March 2006, and leads a team of 250 globally from Christchurch.  Prior to this Richard spent 14 years working in the US — seven years playing a role in advanced technology development for Apple, and another seven working as a consultant on customer-centred product development for leading technology companies such as Adobe, Boeing, Motorola, Microsoft, Netscape, Palm, Sun and Yahoo.  In 2004 Richard was awarded the World Class New Zealander Award, presented by the government for the expatriate making the most outstanding contribution to New Zealand’s economic development.

Modica Group is a converged media solutions group with a global vision to provide the products, services and infrastructure to power new media marketing and communications globally. Modica currently comprises four companies, with operations/customers in the United Kingdom, Australia, US, Singapore, and Wellington, New Zealand.

Fronde Anywhere is a specialist provider of mobile products for the financial services sector, with its head office in Wellington. Released in June 2007, their new security product TwoSecure™ is a mobile two factor authentication (2FA) solution that generates one time passwords (OTPs) by using an installed and downloaded application that runs on a mobile device.  The pending use of TwoSecure™ to authenticate point of sale transactions for credit cards represents one of the most significant global case studies for any identity verification product.