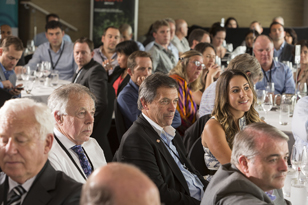 A record number of entries have been received for the 2009 PricewaterhouseCoopers NZ Hi-Tech Awards. Entries, which closed on the 16th of March, have surpassed the previous best by 79%. Entries have come in from around the country from well over a hundred companies and individuals. All categories have enjoyed significant growth with the Innovative Product categories particularly standing out.

Chair of the NZ Hi-Tech Association, Wayne Norrie reports that a stronger than usual interest in this year's awards is a result of the industry wanting to celebrate the successes it enjoys on the world market despite the global downturn. "While we are operating in challenging times New Zealand hi-tech companies continue to demonstrate exciting growth potential on the world stage. Entering the Awards gives companies a chance to be showcased locally and internationally, as well as getting noticed by some very high calibre judges. And it gives everyone in the company the chance to celebrate their well earned success".

The international judging panel, including Michael Dell and Cisco's Howard Charney, will now work alongside the local judging panel to narrow the field of entries down to finalists in each category. The finalists will be announced concurrently in Auckland and Christchurch at a function hosted by PricewaterhouseCoopers on Thursday the 26th of March.

The overall winners will be announced at a Gala Dinner being held on the 1st of May at the Christchurch Convention Centre.