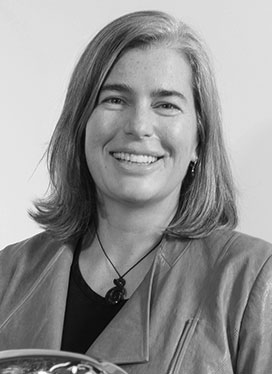 The newest inductee to New Zealand’s Hi-Tech Hall of Fame is Dr Catherine Mohr, surgical robotics technologist and Director of Medical Research for Intuitive Surgical based in San Francisco. Dr Mohr was announced as the 2014 Flying Kiwi at a celebratory lunch in Auckland today, attended by a fellow Flying Kiwis and members of the New Zealand Hi-Tech industry.

The Flying Kiwi award recognises Dr Mohr’s lifetime achievement in the emerging technologies industry and her work with surgical robots and minimally invasive surgery. At Intuitive Surgical, Dr Mohr is responsible for identifying key new technologies for incorporation into Intuitive Surgical’s Da Vinci robotic platform, strategic planning of new developments, and conducting surgical labs to evaluate prototype devices and technologies. She is also Consulting Assistant Professor in the department of Surgery at Stanford School of Medicine and on the medicine and robotics faculty of Singularity University.

James Kyd, Chief Marketing Officer of Tait Communications and sponsors of the Flying Kiwi Award, commented "We congratulate Dr Catherine Mohr on this prestigious recognition. Flying Kiwis are pioneers in their field of technology for both New Zealand and the world and it is clear that Dr Mohr is yet another example of a Kiwi having a profound impact at a global level."

Dr Mohr was born in Dunedin, and although she moved to the United States with her family as a child, she retains her New Zealand citizenship and strong connection to the country. She began her career as an engineer, receiving her Bachelors and Masters of Science in mechanical engineering at MIT. While studying there, Dr Mohr became one of the founding members of the university’s solar car team, building and racing cars in Switzerland, Australia and the US.

Following her studies, Dr Mohr worked at AeroVironment to develop alternative-energy vehicles and high-altitude aircraft. Dr Mohr returned to study nine years later at Stanford University School of Medicine with the aim of working at the intersection of engineering and medicine.

In addition to her work at Intuitive Surgical, she has served as a scientific advisor for several start-up companies in Silicon Valley and government programmes here in New Zealand. Dr Mohr has over a dozen patents to her name, is the author of numerous scientific publications, and has TED talks that have been viewed over one million times.

Members of the New Zealand Hi-Tech Hall of Fame: